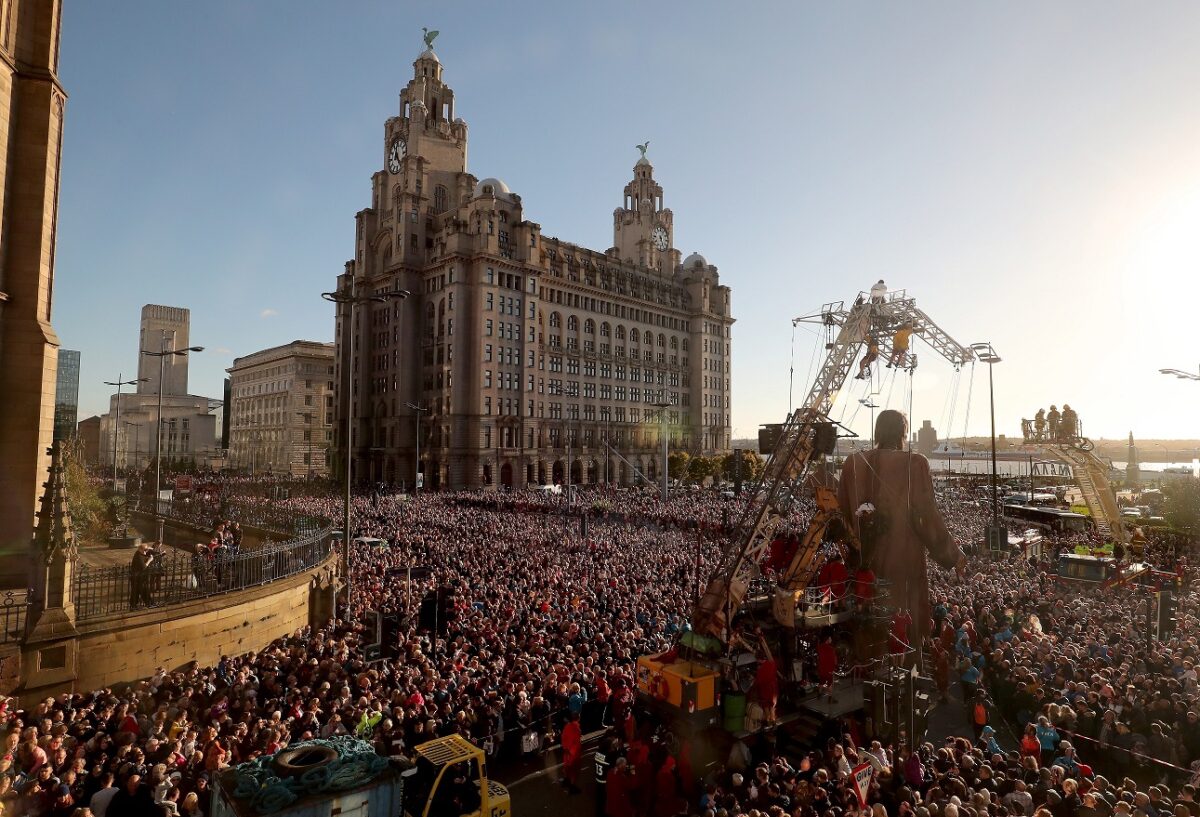 NoNonsense built a number of viewing platforms around the city and rigged the giant sandal in Princess Park ready for the football match.

An independent report has revealed that the finale of the Giants trilogy is officially the biggest free event EVER to be staged in Liverpool and Wirral.

Liverpool’s Dream brought in 1.3million visitors to the city and Wirral, and generated a massive £60.6m for the local economies. Broken down, this equates to around 1,220,000 visitors to Liverpool bringing in £58m, and 80,000 to Wirral, bringing in £2.2m.